Thank YOU & Here's to an Awesome 2018! - Sublime Science
Skip to content

Thank YOU so so much.

2017 was an absolutely awesome year for Sublime Science and it wouldn’t have been possible without your support.

WARNING: I’m about to begin a semi-self-indulgent recap of all the ‘stuff’ that’s gone on at Sublime Science this last year but before I do…please take a second to have a think of all the things you’re most grateful for over the past year.

Having a quick think about what went right is something that we all (definitely myself included!) don’t always find the time to do but it’s 100% worth it. 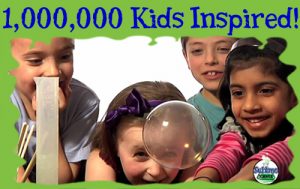 It all started during January when we realised we had inspired more than 1 million plus children to discover how awesome science can be.

We’ve come a long way over close to a decade going from a stack of boxes and a Prince’s Trust loan to changing how children learn science across the country.

I’ve had so much help and support along the way and I’m truly grateful.

It’s been a great year for Sublime Science with some great highs and winning some spectacular awards!! 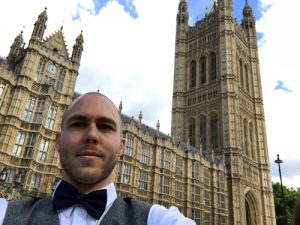 I was hugely honoured and dressed as smartly as I could manage to represent Sublime Science at the House of Lords.

In March my commencement address was released from my Alumni Laureate award from the University of Nottingham. Gown, cap and everything. I may have been a little nervous but at least I managed to share a few words of “wisdom” with the graduating class.

The suit (not lab coat!) was well used as I was invited to attend No.10 Downing Street as part of Small Business 100. Still can’t believe that this actually happened.

I got to make slime on the local Radio Leicester during the summers mad slime making craze!

I got to meet another member of the Royal Family as I pitched to HRH The Duke of York at the University of Cambridge. Which was another amazing but terrifying experience. 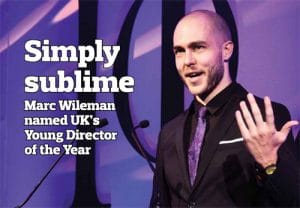 I’m completely blown away to have been named Young Director of the Year awarded by the Institute of Directors. I even made the cover of the IoD magazine (watch out Naomi Campbell!!)

I was also named as a Young Gun where previous winners have included Deliveroo and Notonthehighstreet. Absolutely honoured to have found myself in such good company.

Sublime Science were also named Micro Business of the Year award at the British Small Business Awards. Not only that but we were named in the Innovation 50 list as one of the 50 most innovative companies in the country. 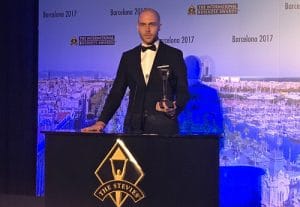 Sublime Science was recognised on the global stage as we won Small Business of the Year at the International Business Awards which were held in Barcelona!

We also cracked our flip flops out as Sublime Science made science awesome across the world, including sunny Southern Spain! We also inspired crowds of children at huge events and event had more than a few celebratory customers this year too…

Thanks once again for all you help, support and positive vibes.

Wishing you and your families a Slimetastic 2018.