Merry Christmas, Thank YOU & Here's to an Awesome 2017 - Sublime Science
Skip to content

The very first thing that I wanted to say is ‘Merry Christmas’.

Such a beautiful time of year and a chance to recharge and take stock, before heading forward to make 2017 an awesome one.

Thank YOU so so much for all your support in 2016. The love, support and positive vibes have been beyond awesome and genuinely means the world to me.

WARNING: I’m about to begin a semi-self-indulgent recap of all the ‘stuff’ that’s gone on at Sublime Science this year but before I do…please take a second to have a think of all the things you’re most grateful for over the past year.

Having a quick think about what went right is something that we all (definitely myself included!) don’t always find the time to do but it’s 100% worth it. 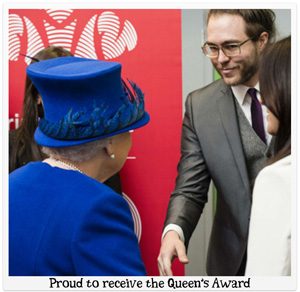 Her Majesty The Queen Awarding Us A Queen’s Award!

The first thing that jumps to mind is one of the most nervous (and awesome!) moments of my life. Meeting Her Majesty The Queen.

It was an incredible honour for Sublime Science to be Awarded a Queen’s Award For Innovation. A day I’ll never forget. 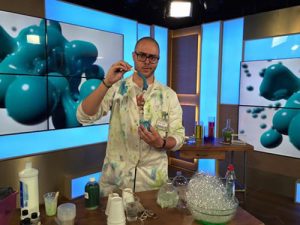 Made Science Awesome For The Nation On ITV This Morning

What an opportunity to share some fun, safe science experiments that children can do themselves with Millions (gulp!) on ITV This Morning. Had some truly wonderful feedback and from the look of my inbox plenty of children across the country have been busy putting the experiments I shared to good use! 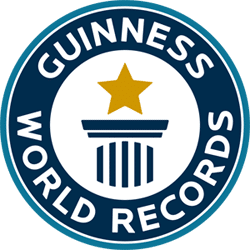 Still feels odd to be typing such a thing but I played a small part in helping Richard Branson to break a Guinness Wolrd Record with a 29-hour Pitchathon. That’s the longest pitch of all time.

I’ve wanted to break a world record since I was about 7 years old and to finally get the opportunity to break one involving some bubbling concoctions and flying smoke rings was just perfect. 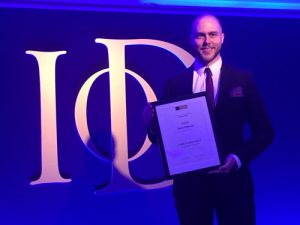 Winning An Institute Of Directors Award

Another real high honour. I never thought for a second that I’d be receiving an award from such a prestigious organisation as the Institute Of Directors. 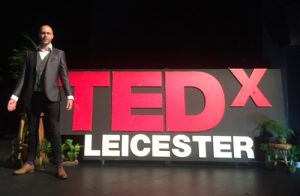 Shared a Few Ideas With A TEDx Talk

I love sharing ideas and positive vibes and so have always been a huge fan of TED and have learnt so much.

To be asked to share my ideas with my very own TEDx Talk was a huge honour for me. Testing > Talent is how to adopt a scientific approach to making your dent in the universe. I’d love to know if you found it helpful? 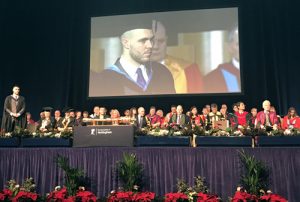 Receiving An Alumni Laureate Award From University Of Nottingham

One final honour to finish the year on. And one that’s really caused me to reflect.

It was humbling to be invited back to my old University to receive such a prestigious award. I was also honoured by the opportunity to share the advice I wish someone had shared with me with the graduating class.

Most Importantly Of All – Made Science Awesome For More Than 750,000 Children!

Feels almost crazy to be typing out such a number.

Not only that but we’ve received way more than 2,000 Rave Reviews from our (awesome!) customers.

We’re very fast closing in on the once “ridiculous” goal of making science awesome for 1 Million Kids. We’ve got the abacus ready and waiting and all I can say is “stay tuned!”. That once impossible goal is very close to becoming a reality.

And still found the time to drink multiple lifetimes’ worth of black coffee. 😉