How to Suck Up An Egg! 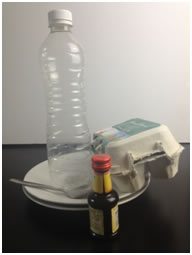 This experiment is absolutely awesome and a great way to learn a little bit about pressure too! It's just one of those things that you wouldn't believe is possible so you've got to give it a go. You probably have everything you need already!

STEP1 - Break an egg carefully over a plate so the yolk and white stay separated!

STEP2 - We're going to use the plastic bottle to pick up the yolk! Squeeze a little bit of air out of the bottle first then lower it down till it's touching the yolk. Gently release your squeeze on the bottle and this will lift the yolk up. Lift the yolk up and put it on the other plate (this may take you a couple of tries!) 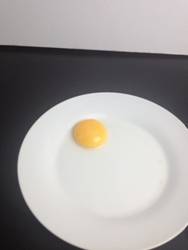 STEP3 - This next bit is just for fun, really! Mix in some food colouring with your egg white, this will look a little bit disgusting!

STEP4 - Use the bottle to add the yolk back in (to your coloured egg white) and you'll have a slightly disgusting looking eggy mess!

The reason you can pick your yolk up with your bottle has to do with air pressure! When you squeeze the bottle initially you push some of the air out. When you put the bottle top over the yolk this seals the remaining air in. As you release your grip the bottle expands and returns to its normal size but no more air can rush in, as the yolk is in the way. This means you've got the same amount of air in a bigger space so the pressure will be lower. As the pressure outside of 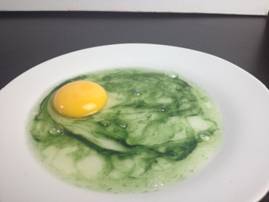 the bottle is higher, it's this higher air pressure that pushes the yolk into the bottle!